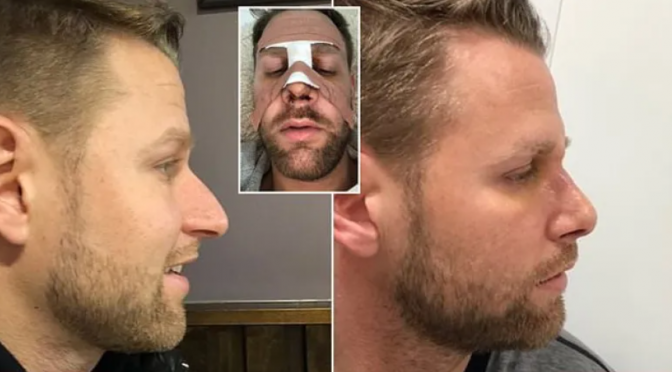 This man had a nose job and is proud of the decision he made. The 34 years old property Develop Daniel Warwick hated the way his nose looked since he was a teenager and finally took the decision of his life and underwent a £6,000 rhinoplasty in February 2018.

He was encouraged to have the surgery after seeing a photograph of his nose in profile which he did not like.

He told FEMAIL: ‘[When I was younger] I did not really understand what a plastic surgeon was. I was a bit scared because I thought that’s only what women do.

‘It’s not really a man thing. So I have never really paid attention. But when I was a lot older someone took a picture from the side and I fully realized, “whoa I need to change that actually”.’

Mr. Warwick said that shortly after the photo was taken, he started the process of organizing the procedure, which included holding a consultation.

‘Originally my mum was not supposed to come with me to the surgeon because I told her “listen, I’ll be ok I don’t need anyone with me,’ he continued.

‘You know, acting as a man would. Two days before the surgery I rang my mum and told her to come with me for mental support.’

After seeing Mr. Alex Karidis for the treatment, Mr. Warwick spent the night in the hospital and had the bandage taken off the following week.

After a few months, the swelling had subsided and he could enjoy his new appearance, but not all of his friends and family had noticed.

He continued: ‘No one knew I had an operation. I was expecting people to say you look different. None of them did.

‘Of course you had a couple of people who knew me very closely who looked at me from the side and said, “hey something’s different here”. And then I had to tell them, the people who were shown the before and after, they all say, “Oh my god, you know?”‘

As a result of the nose job, he started to look after his body and joined the gym.

He continued by saying that he spoke to some men who had undergone surgery but were hesitant to inform others for fear of being laughed at.

‘One said to me ‘how do you tell people freely you have had a nose job?’

He continued: ‘We are programmed as human beings sometimes to think something is negative when really it’s positive i.e. men having plastic surgery.

‘Why can’t men have it? If it makes you feel better then absolutely. Yes, there are a lot of people that do hide it. And when I speak to them it’s only with other men. If it was a woman they would say it.’

Daniel continued by saying that it is likely that keeping the surgery a secret and refusing to discuss it will have an impact on men’s mental health and that they need assistance and to watch out for one another.

‘I’ve actually learned to love myself after this operation and I am who I am.

‘I learned to live with it. Am I perfect? I am just a normal human being but I learned to love myself and that’s what is important.’ 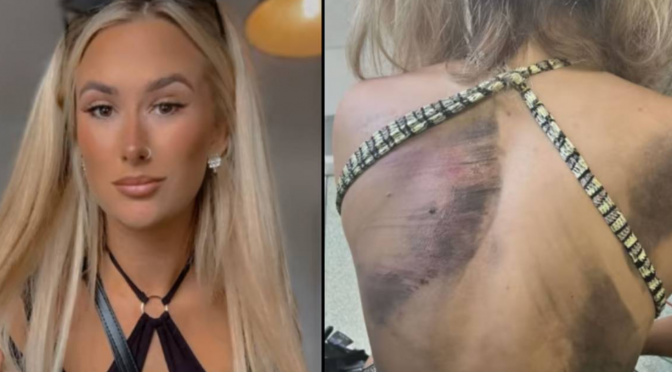 When Tegan Badham, a traveler to the Wireless Festival from Wales, tripped and fell into the tracks at King’s Cross St. Pancras station, she was electrocuted and burned.

ITV News reports that Tegan Badham tripped and fell down the railroad lines at King’s Cross St. Pancras station while en route to the Wireless Festival in Finsbury Park.

The young woman from Cwmbran, Wales, struggled to walk after getting an electric shock. Just as the train was about to arrive at the location where she had fallen, a brave man she didn’t know quickly pulled her back onto the platform.

Tegan was quickly rushed to an area hospital’s emergency room after suffering burns to her back, legs, and limbs as well as what appeared to be a fracture.

She claimed that if it weren’t for the rubber-soled boots she was wearing at the time, the voltage from the live track might have killed her. She also said that if the unidentified man who saved her hadn’t intervened, she would have perished.

Tegan told ITV News: “I was at the beginning of the track, so as soon as that train came around that corner, that was it then, I was going to be gone. If he wasn’t there, I genuinely would be dead.

“People were saying to me, ‘We thought we were going to be collecting your body,’ and it all hit me then and then I said, ‘Oh my god, I’m literally supposed to be dead right now.'”

Tegan is now looking for the man who saved her because she wants to personally thank him.

She said: I want to meet up with him. I want to do that face-to-face because that’s not something you can do over the phone, is it? I’m thanking him for my life. He needs a cwtch!”

According to Tegan, the man was possibly in his 30s, dressed casually, and had mousy brown hair.

She continued: “He wanted to stay with me, he didn’t want to leave me, but all his mates were like: ‘Come on, we need to get on a train, we need to go, we need to go.’ So I don’t know where he was going. There are so many things in London that he could be there for.” 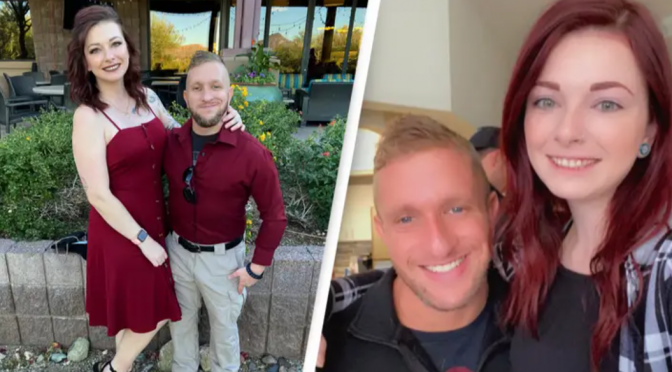 A woman who is six inches taller than her spouse claimed that although her partner is frequently mistaken for her son, she is tired of the unpleasant comments made by trolls.

Hunter and Jesika first met in 2020, and despite their different heights, they clicked right immediately. Despite the fact that they are now happily married, rumors about their romance still circulate.

Hunter is 5 feet 1 inch tall, whereas Jesika is 5 feet 7 inches tall for comparison.

While Jesika is content to be the “big spoon” and move the “car seat back” after Hunter drives, not everything has been peaches and cream.

Jesika explained: “I’ve had friends and other people ask me why I’m with someone so much shorter than me.

“We’ve gotten comments asking if he’s my son or ‘if I need a real man.’ I’m barely taller than average for a female.”

That’s not the worst part though, as it’s the comments from random strangers that really take a toll: “But some of the worst come from men who they think they’d be a better partner for me, telling me they could please me better or be what I need. It’s not their relationship and it doesn’t concern them.

“We’re happy and that’s all that matters.”

But for anyone who does care, Jesika went on to say that they have a great intimate life: “Aren’t we, all the same, lying down? In fact, some positions are a lot easier with Hunter being short. Honestly, it’s probably the best sex I’ve ever had.”

Hunter claims that the jokes about Jesika’s height feel like a double standard, despite the fact that Jesika is happy to respond to people who make fun of their relationship.

“If you make jokes about someone’s weight, it’s terrible and of course it is,” he said.

“But everyone feels like it’s OK to make fun of height like it’s no big deal. I’ve lived like this for my entire life. All of the people I’ve dated before have been much taller than me, so it’s never bothered me.”

Hunter went on to say: “I’ve just always been more concerned about how the other person feels about it.”

Even so, Jesika is content with her relationship and the way she and her partner frequently document it on TikTok. They’ve even made some people feel more at ease about their own height differences. “We found accidentally on TikTok that people love seeing other couples with our type of height difference,” she said.

“So many other men or women said they’re in a similar situation and were so happy to see our posts.”

1. When you read your first syllabus and wonder why you even came to university: 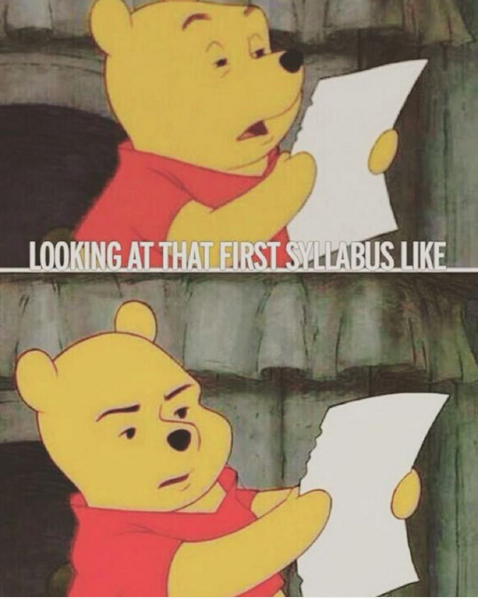 2. When your textbooks are dense AF: 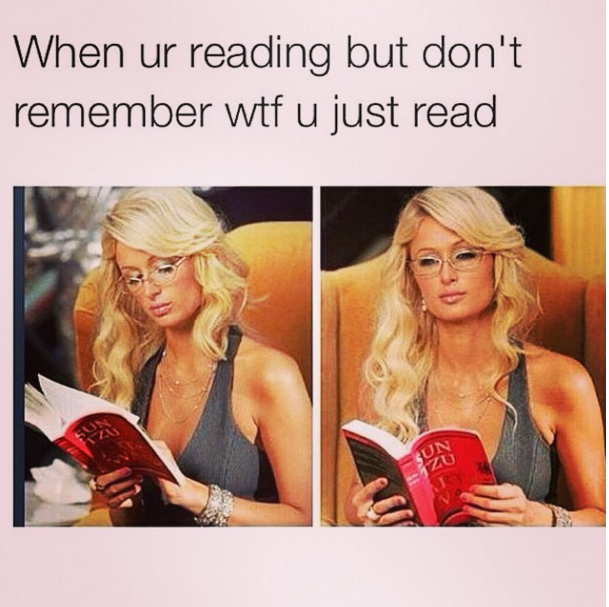 3. When your lecturer calls on you to answer: 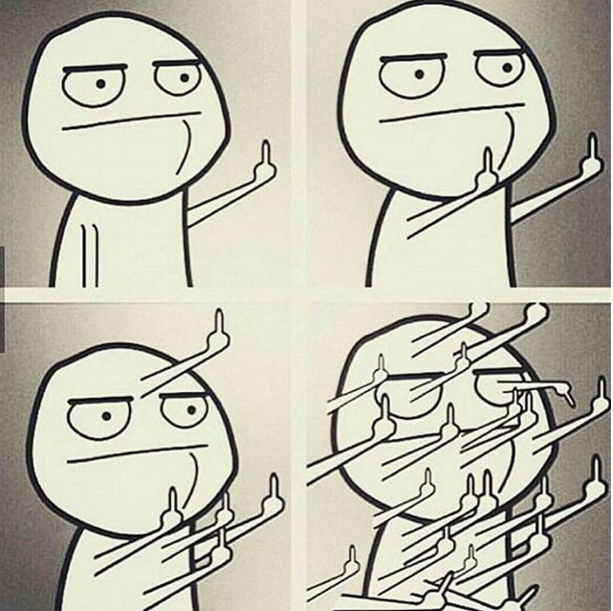 4. And when you say the wrong answer: 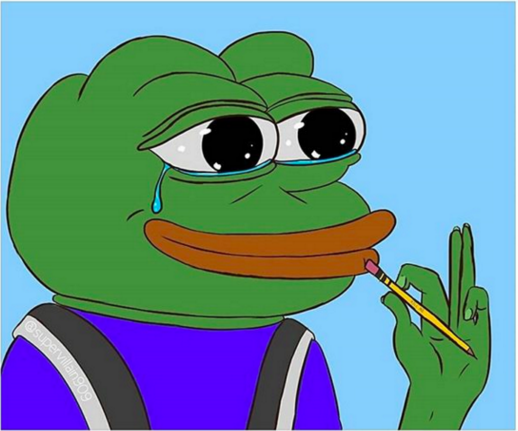 5. When your lectures all seem to be at 8am, like that’s fair: 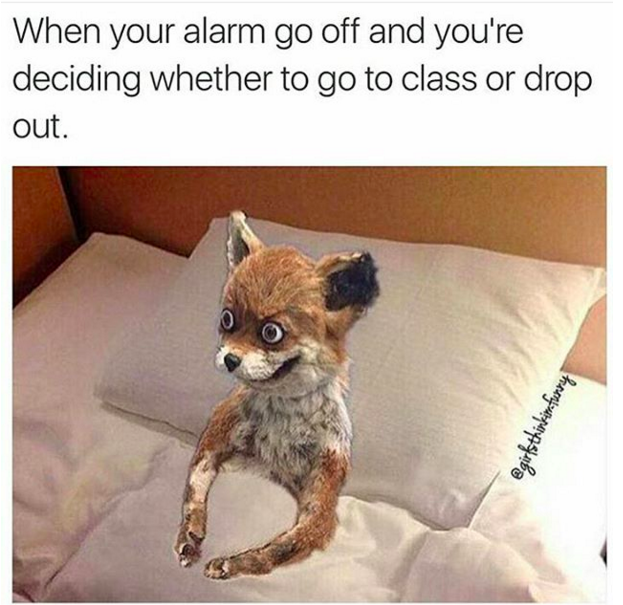 6. When you have a group assignment and you’re put with that bitch from your class: 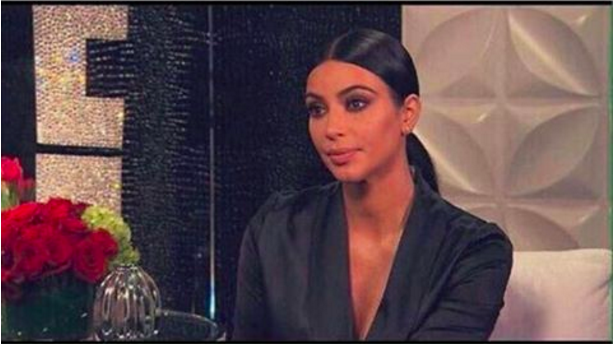 7. When you organise a time to meet with your group and no one shows up:

1. When you realise there’s no one there to take the lead on things: 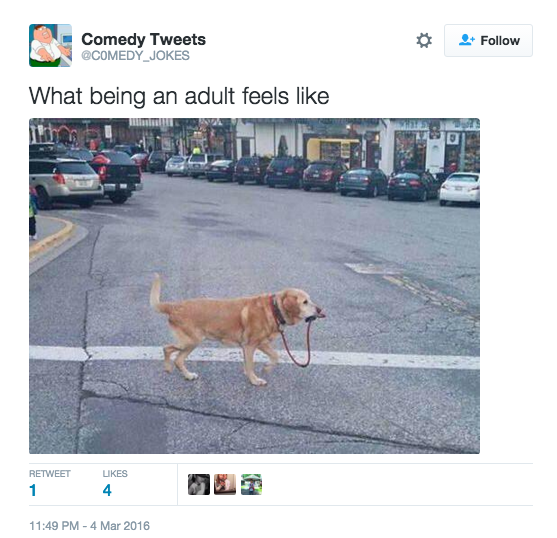 2. No matter how hard you look:

3. When everything is just too damn expensive:

4. When you realise you’ve either hit your peak or are past it:

5. When you decide it’s time to revert back to childhood:

6. When you start shaking your head at today’s youth:

7. When life throws you the tough choices: 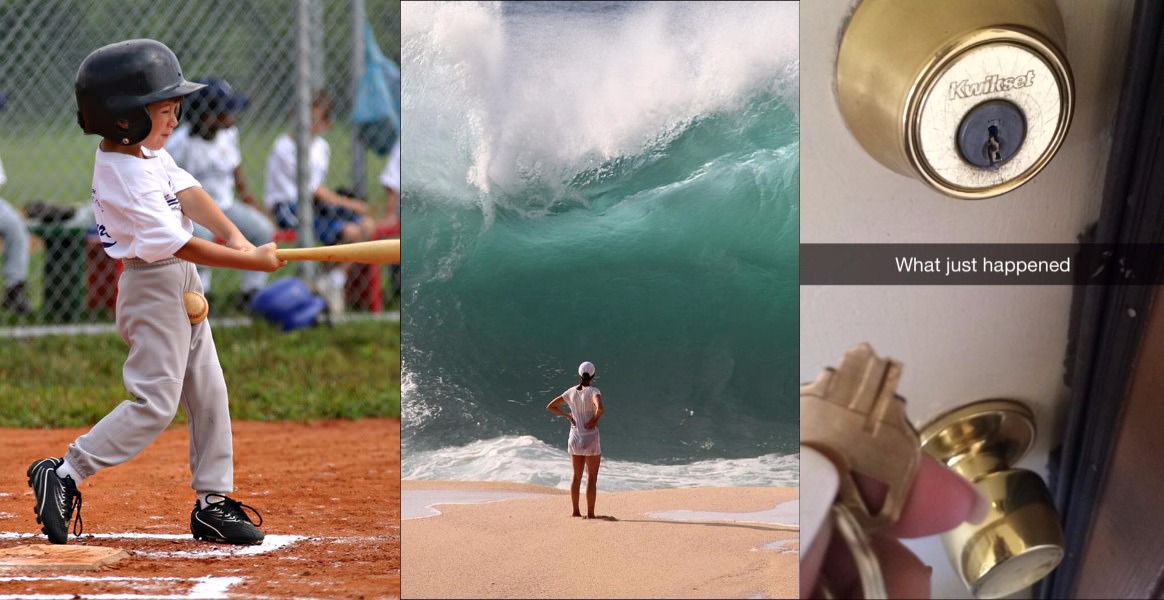 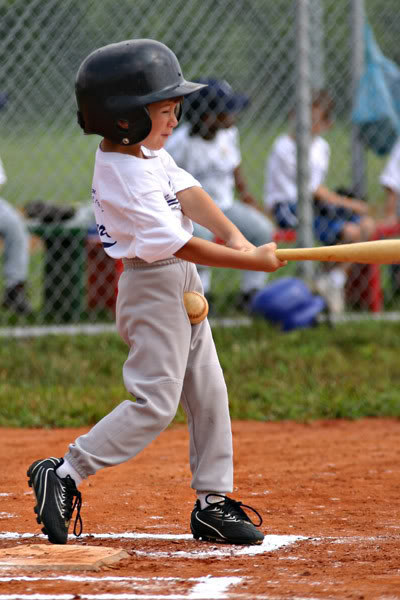 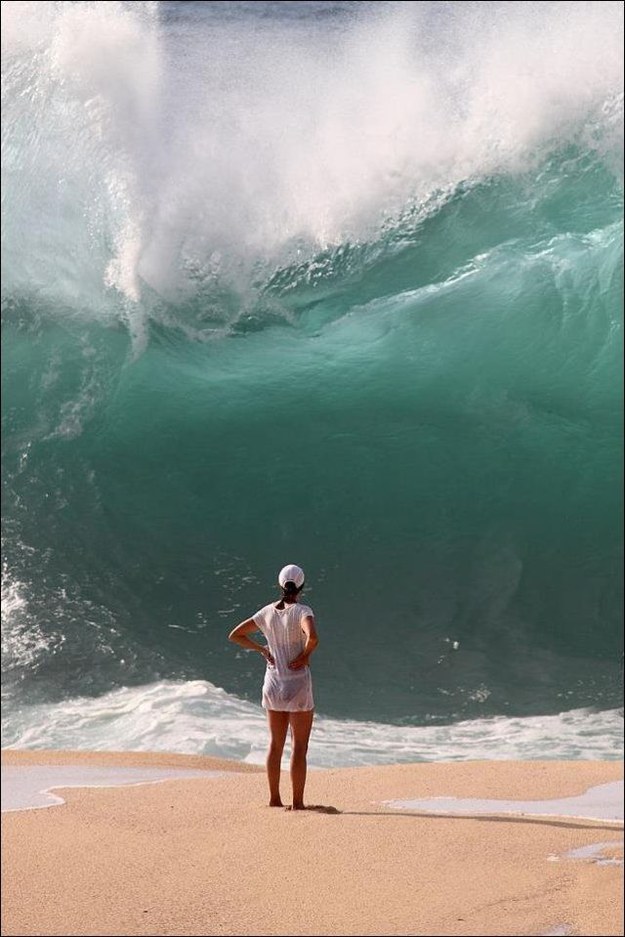 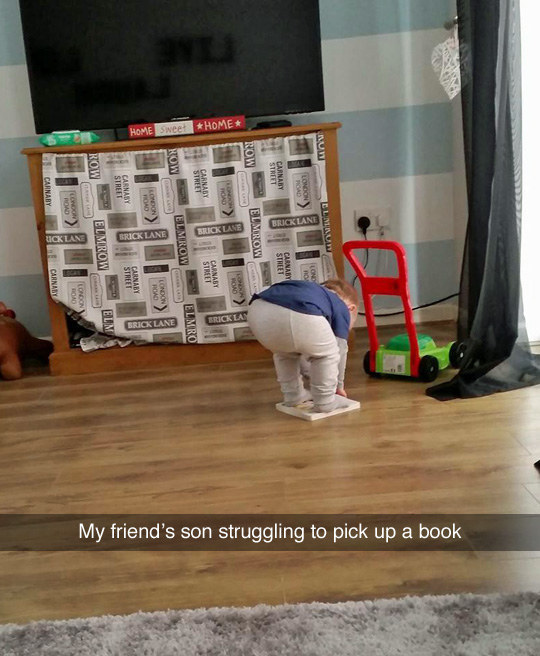 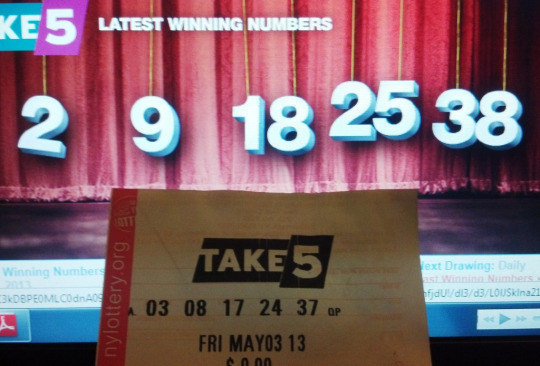 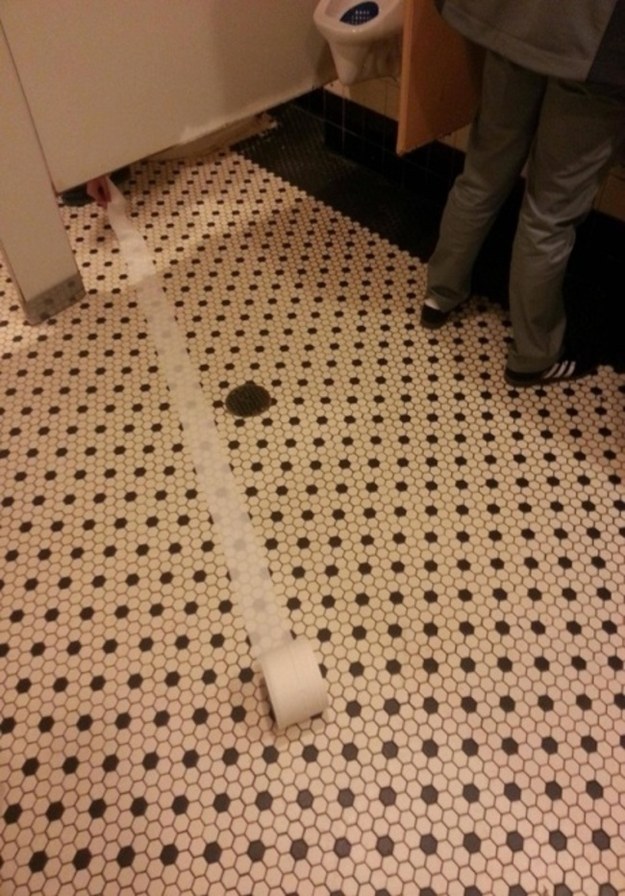 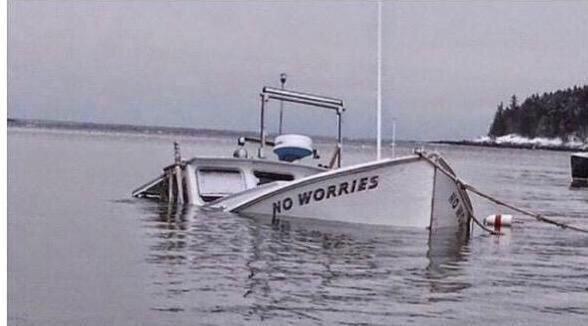